The most common equipment in network equipment maintenance is network switches, especially the access layer switch. Connecting users and switching routing devices, as an intermediate, network switches play a vital role in troubleshooting network failures. Here are some common faults and solutions for switches.

Switch failures generally include physical layer failures, port negotiation and self-loop problems, Vlan problems, device compatibility problems, and other problems. Let's explain these problems one by one as below. Physical layer failures mainly refer to the hardware failure of the switch itself and that of the physical line connecting the switches.

Physical line failures connected to switches generally include physical damage to the network cable or optical fiber line itself, wrong type of network cable (except for support MDI/MDI-X self-adaptive cable) or incorrect connection of optical fiber transceivers, failure or abnormal operation of intermediate transmission equipment, such as photoelectric converters, protocol converters, etc., the maximum transmission length and maximum rate supported by the interface cable exceed the scope of usage and so on.

What's more, the working rate, working mode, frame format negotiation and matching between device interfaces will also cause the phenomenon to appear as a physical layer failure.

For the problems mentioned above, we can try to figure them out by following methods:

②Judging by checking the output of the port through the command, such as display interface ethernet0/1.

③Judge by substitution method. Efforts can be made to replace all items, including lines, cables and optical fibers, boards, slots, complete machines, exchange of line transceivers, etc.

④Judge by configuring interface loopback on the switch. Set up the port for loopback testing: loopback { external | internal }. 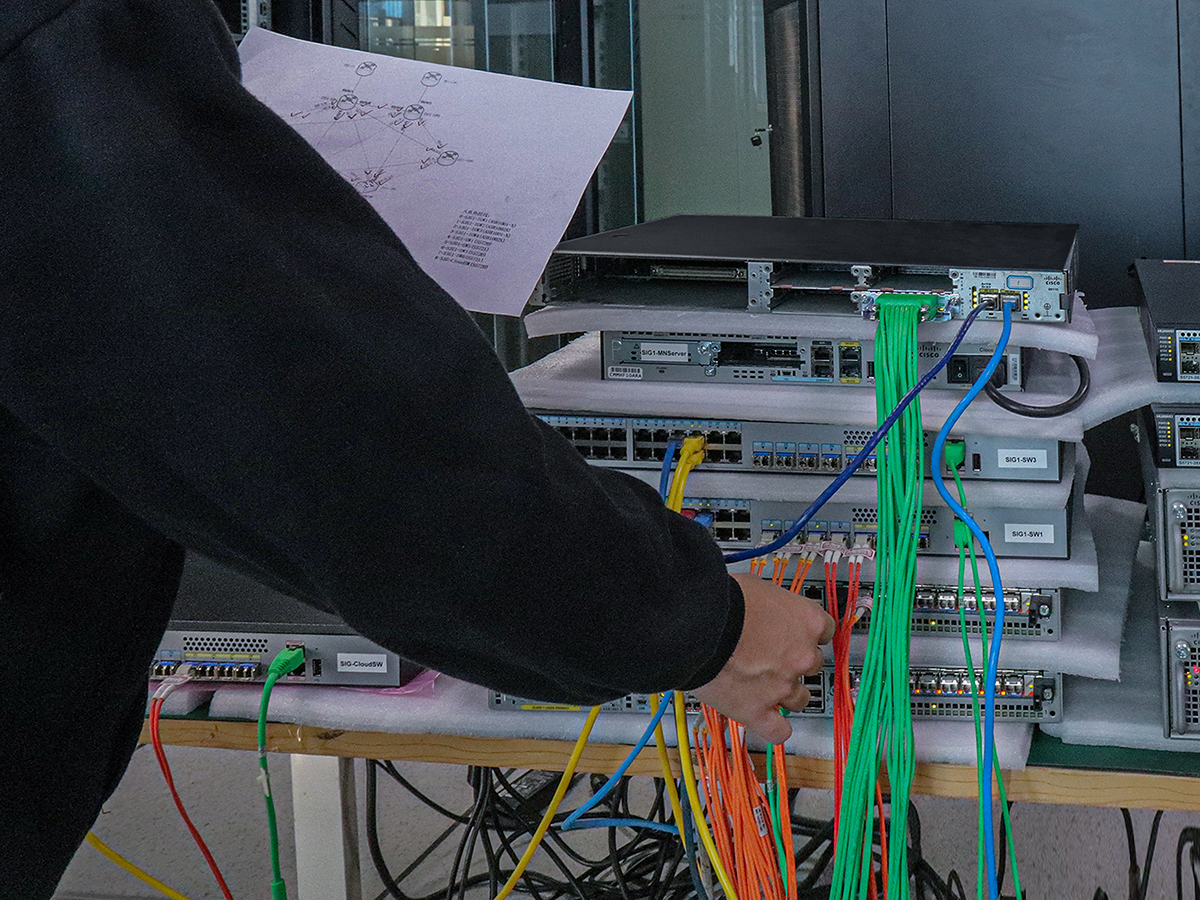 The problem of switch port negotiation is mainly caused by improper matching of parameters, such as working speed and working mode. Because the interface parameters of different manufacturers are different, or different devices of the same manufacturer use different hardware chips, leading too weak negotiation capabilities between devices, or the default parameter configurations of the devices at both ends are different, which causes the port auto-negotiation to fail, and the port works abnormally and cannot communicate normally. In this case, it is necessary to manually adjust and set the port parameters to ensure that the parameters of both parties are consistent.

The introduction of VLAN technology is mainly used to isolate network storms and increase network security, and to distinguish data frames sent by different users. It is because of VLAN that ports are divided into ACCESS ports, TRUNK ports and HYBRID ports. As for VLAN failures, they are mainly caused by improper configuration, involving spanning tree, VTP, port type, and allowed lists of VLAN, etc.

①Negotiation failures between devices that use different protocols to implement the same function when communicating with each other. For this kind of fault, it is sufficient to adopt a unified international general standard (specified by the IETF standard organization).

②Negotiation failures between devices that use the same protocol specification but different implementation methods when communicating with each other. As for this kind of failure, you can first confirm that the protocol implementation has a standard interface, and secondly configure the parameters of the protocol interface accurately to ensure successful negotiation.

③Negotiation failures between devices using the same protocol specification and the same implementation method but using different default parameters when communicating with each other. Such problems can be solved by accurately configuring the parameters of the protocol interface to ensure the success of the negotiation.

The causes of network faults are complex and changeable. In addition to the faults caused by the above problems, there are other faults, such as network viruses and network topology defects. These failures have no specific rules to be found, and can only be analyzed and resolved based on one's own experience and the usage of network tools.

The above-mentioned network faults, analysis and troubleshooting methods are very helpful for us to sort out and solve the faults in the network. In addition to relevant theoretical knowledge, the judgment and resolution of network faults also requires accumulated experience to help us find the root cause of the problem as soon as possible.